With the political situation in Syria in flux, difficult decisions await the international community if it is to play an effective role in the reconstruction of the country long-term

Last week saw Trump meet with Kim Jong-Un in a summit that was nervously watched the world over. The meeting was one of a series of recent events that mark a turning point in the famously secretive regime’s relationship with the rest of the world. Earlier this month the country’s state news agency KCNA announced plans for Syrian President Bashar al-Assad to visit. If the visit takes place in Pyongyang, it would mark the first time North Korea has hosted a head of state since Kim Jong-Un became leader in 2011.

Assad’s planned visit is part of a shift in fortunes for the embattled leader. His country has spent the best part of a decade locked in one of the worst, most geopolitically complex conflicts the world has seen in modern times. Lost in the fog of war, reports on the number of casualties vary. Yet estimates suggest that the conflict, now in its eighth year, has left more than half a million people dead. More than 11 million have been displaced, with the impact of displacement being felt far into Europe and the Middle East. Rather than winding down, the support of Russia and Iran has allowed Assad’s offensive to gain momentum in the past year. In May, his army took full control of the area around Damascus for the first time in six years and are expected to continue to reclaim opposition-controlled areas in the coming months. Tensions over borders remain, but the victory marked an endgame for the opposition’s repeated efforts to overthrow the Assad’s regime, supported by various external powers.

With the political solution that Britain, the US and others long hoped for now difficult to imagine, the focus of the international community must be on supporting the reconstruction of a country devastated by war, at a cost currently estimated by the UN to be over $250 billion.

The border situation remains fiendishly complicated, with ongoing debates over how deals brokered by the main Syrian and international players will determine the division of power and land. With the demise of ISIL, US-backed Kurdish forces now hold a quarter of Syrian territory in the north-east. In areas controlled by the regime, Iran is bolstering Assad’s beleaguered forces. Russia, who has become increasingly involved in the conflict since 2015, is determined to get Syria back on track economically on terms that benefit the Kremlin. The uncertainty leaves the lives and livelihoods of millions in the balance.

This poses a difficult challenge to governments, donors and non-state actors in the role they choose to play in the reconstruction and rehabilitation that will surely follow. Syria’s strategic position in the heart of the Middle East means the world cannot allow the country to become a long-term failed state as we have seen with Somalia over the last couple of decades.

My personal involvement with the Syrian crisis stretches back eight years, firstly with Save the Children and now with Crown Agents. I have just returned from a trip to Turkey and Amman where I met with a variety of partners and NGOs to hear their ideas about the types of support necessary to help the Syria recovery – and then to determine the role that Crown Agents can, and should, play in the future of the country. 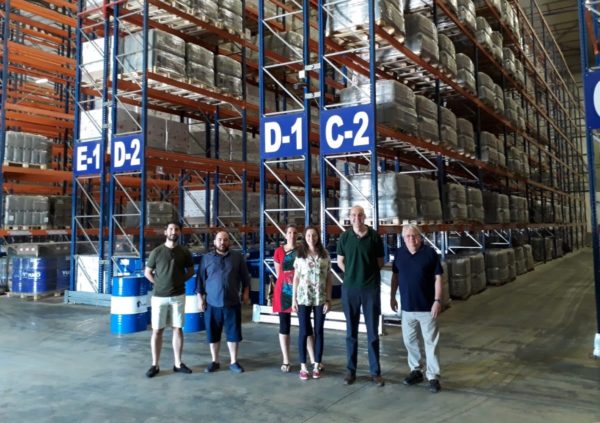 One theme that came up again and again was the importance of completely transparent supply chains, operated by neutral parties, to ensure that life-saving goods and equipment can reach people in need across Syria. Through our partnership with Turkish logistics company ACT, Crown Agents Turkey has been delivering essential aid into Syria since the conflict began in 2011. We provide life-saving humanitarian assistance and life-sustaining materials and support into Syria, from providing medical equipment and power generation to over 120 schools and hospitals in Lebanon to bolstering counter-terrorism measures in Iraq, whilst also ensuring that frontline responders have the back-office support that they need to deliver effectively.

The reconstruction of Syria needs long-term commitment from the international community. The country needs its own sustainable plan for reconstruction – with support across not one year, not five, but the next decade. Actors across the globe, from governments to donors to the NGOs working tirelessly on the ground should come together to make this a reality. This is the puzzle we need to solve in order not to allow families who live in countries emerging from war to be forgotten – we cannot look back in years to come knowing we missed this opportunity to act.

The Syrian situation forces us to confront a very modern problem – that of supporting people and communities in need in highly politicised environments. The meeting between Trump and Jong-Un is symptomatic of shifting centres of power geopolitically. Today we live in a world where we may find ourselves funnelling humanitarian aid to populations in areas controlled by governments like North Korea or Syria who have values fundamentally opposed to ours. Can, and will, this humanitarian aid now be turned into reconstruction and recovery funding? However distasteful this may feel, the alternative is to create a long-term deeply unstable country, with alarmingly low health and education indicators at the heart of the Middle East. It was Lord Palmerston in the mid-nineteenth century who said:

As true then as it is today.