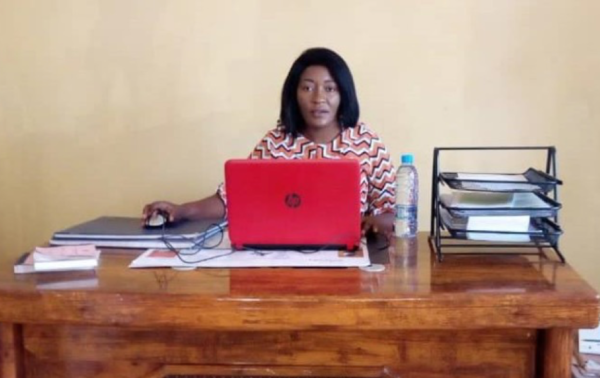 The USAID Accountable Governance for Improved Service Delivery project (USAID/AGIS) (2017-2022), implemented by Crown Agents, is designed to strengthen financial, procurement, and internal audit functions and improve service delivery at the Ministry of Health (MoH) and the Ministry of General Education (MoGE) in Zambia. It is being carried out in six districts in Eastern, Lusaka, and Muchinga Province.

When the USAID/AGIS project was launched at the Lusaka Provincial Education Office in October 2018, the Ministry of General Education (MoGE) had been rocked by an examination leakage scandal and multiple audit queries from the Office of the Auditor General. “We must work very hard to regain the good image and lost glory of the Ministry of General Education,” said Lusaka Provincial Education Officer, Christopher Sinkamba, voicing a sentiment that was echoed by his counterparts in Muchinga and Eastern Provinces.

As USAID/AGIS further engaged with the provincial and district education offices in Muchinga, Eastern, and Lusaka Province, project administrators learned that because internal auditor positions were vacant, audit functions were not being effectively carried out in any of the three provinces. This contributed to the recurring audit queries the PEOs faced over the years.

To address the problem, USAID/AGIS engaged with Joyce Sundano, controller of internal audit at the Ministry of Finance (MoF), in December 2018. Sundano’s office is responsible for appointing internal auditors, as it manages the formulation and implementation of internal audit policies at all government institutions. USAID/AGIS understood that in order to make a significant impact in improving good governance at the MoGE, it would need to work closely with this office.

Appreciating the project’s commitment to strengthening internal audit at the sub-national level, Sundano promised to urgently review the unfilled audit positions in the three provinces. True to her word, in February 2019, she appointed Yoram Mbewe and Peggy Munsanje, respectively, as internal auditors at the Eastern and Lusaka Provincial Education Offices.

Delighted to finally have an auditor at the latter, Sinkamba said: “I feel very confident that the Lusaka Provincial Education Office will now be better prepared for any external audit exercise because the new internal auditor will conduct internal audits and help us resolve queries ahead of time. This will drastically reduce queries from the Office of the Auditor General.”

Similarly, Eastern Provincial Education Officer Aliko Lingambe said: “The public resources under my jurisdiction will be secure, as the internal auditor shall provide us all with timely counsel on good record keeping and accounting practices.”

USAID/AGIS will orient the new auditors accordingly and extend this to internal auditors at other government departments to ensure consistency. The controller was still seeking an internal auditor for the Muchinga PEO.