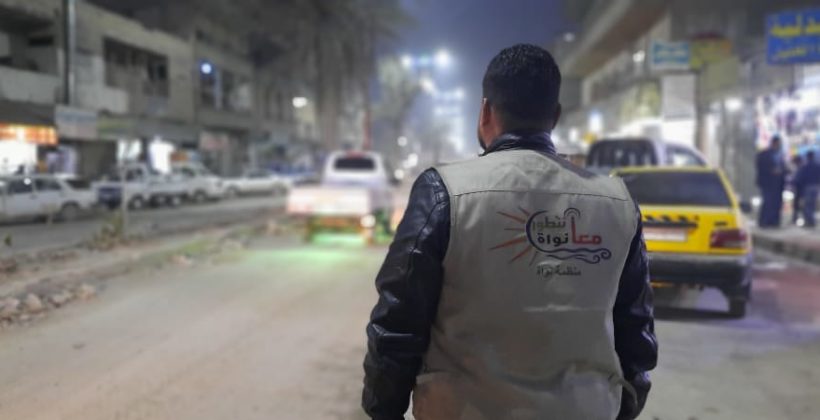 Streetlights are easy to take for granted: unremarkable, unnoticeable and unextraordinary. We hardly pay attention them, but their absence is felt.

Beyond the implications on our perceived personal safety and security, 24/7 lighting can impact in a variety of different ways, be that on traffic, businesses, pedestrians and residents. Whether it’s decreasing traffic collisions or enabling extended opening hours, streets flourish in light because it enables human activity.

In Syria, following ten years of conflict, more than a third of the country’s infrastructure has been damaged or destroyed. Restoration of basic services, buildings and livelihoods are desperately needed to support Syria’s road to recovery. Managed by Crown Agents and implemented through our partner, NAWAT, the Syria Streetlight Restoration programme worked to rehabilitate lighting on the streets of Raqqa city, which is considered to have the second highest density of damaged infrastructure in the country.

Without working streetlights, businesses in Raqqa were less likely to extend opening hours into the evening, as customers wouldn’t venture into the unlit streets past dusk. However, based on 129 interviews taken with local business owners on the streets where the restoration of streetlighting occurred, the project had a far-reaching impact on prospering commercial activity.

Based on the before and after data, the daily number of people seen on the 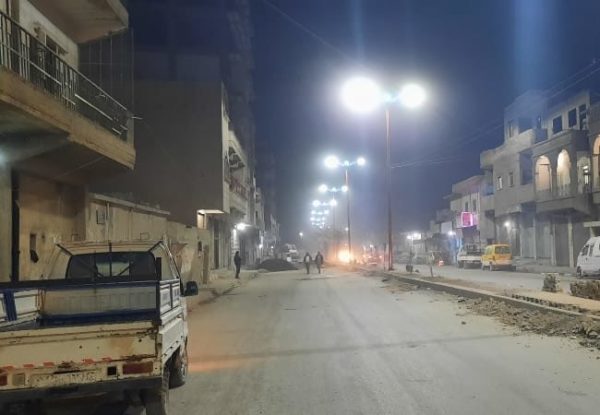 streets after dark more than doubled following completion of the project, inviting a significant number of new customers for the shop owners. Participants were asked ‘what do people do on this street after dark?’ ‘Socialising’ and ‘sit in cafés/restaurants’ was up 42% and 26% respectively.

Feelings of vulnerability also decreased after streetlighting was restored, with over 95% of interviewed businesses stating that they thought people felt either ‘safe’ or ‘very safe’ when shopping after dark, compared with just 2% that reported the same before the restoration.

This begs the question: is it streetlighting that promotes feelings of safety from which post-dusk outdoor economic activities are generated, or does streetlighting generate post-dusk outdoor economic activities and feelings of safety come afterwards? Either way, all participants reported that the restored streetlights had enabled them to expand their business in some capacity, be that longer hours or being able to hire more staff.

Women in particular took to the streets more after dark once lighting was restored, with the number of weekly female customers after dark doubling that of the male participants.

Bushra Hassan works in a second-hand clothes store, that previously had to close at sunset. “I now work late into the night because the custom is there. Especially for women, we feel a lot safer to go out at night. There’s a lot more people on the streets than before the streetlighting.”

Considering that the post-project surveys were taken within a couple of weeks of completion, the implications of the project are more apparent. The longer-term effects will be even more substantial for the 178,000 people that call Raqqa home, as pre-war patterns of life return.

Looking to the future, Crown Agents will continue its commitment to reinstating basic services and creating further livelihood opportunities in Syria.