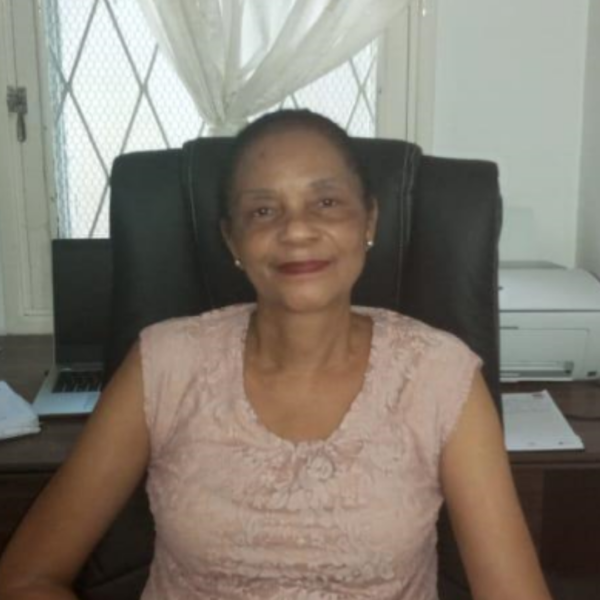 What is your title and role on Ascend?

I am a medical doctor by training and ASCEND Country Lead in Mozambique. I have been leading the ASCEND Program since 2019. I have the responsibility, together with my teammates also based in Mozambique, of having the ASCEND support program implemented.

I must say that every day I am learning how to improve the management of the program, which is implemented throughout the country.

What drew you to this role?

I have the opportunity to focus attention on NTD prevention, make more people benefit from the interventions financed by Ascend and identify aspects to strengthen the country’s health system.

I care about neglected tropical diseases because they are the clear example that people’s health and well-being also depend on the conditions and environment in which they live, as well as on the access they have to health education. I am convinced that complementing treatment with improvements to the environment where people live along with health education can gradually and sustainably reduce the burden of NTDs, especially in Mozambique.

I feel very happy when I walk down the street and meet someone greets me and then says I met you in Province X or District X when you were there working.

Can you share an example of the bigger achievements you’ve had this past year?

One of the priority interventions for the control and elimination of neglected tropical diseases has been successfully implemented in the 10 provinces of the country. That is, target groups have been reached with MDA campaigns for lymphatic filariasis and schistosomiasis implemented in 2019 and 2020 with support from Ascend.

We are also increasing the visibility of the NTDs, as happened on World NTD Day when, through the support of Ascend and other NTD implementation partners, the day was celebrated in the capital of the country and was honoured with the presence of the Deputy National Director of Public Health and the Health Director of the Municipality of Maputo who are the women leading health in the country.

Do you work in a team, country, role of field that is predominantly male? If so, how have you overcome any challenges relating to this?

I am country Lead and I run a group of four men in the country.

What challenge are you working to overcome through your role and work with Ascend and how?

One of the major challenges is to work directly with the government using existing government systems, which are not equipped to manage NTDs, and at the same time comply with the deadlines established within the Ascend project. It is necessary to have the all the necessary and essential information before making any decisions.

What challenges do you feel women may face in Mozambique? And how are you working to overcome these challenges?

Firstly, information on the prevention of NTDs is not disseminated very often. The information is more widespread during MDA campaign periods, surgery campaigns and outreach.

We also have the problem that in some areas of the country women do not have the power to decide when they or their children should go to the health unit. The country NTD program with support of ASCEND is developing a behaviour change communications strategy that will improve the knowledge of NTDs among infected people and the general public.