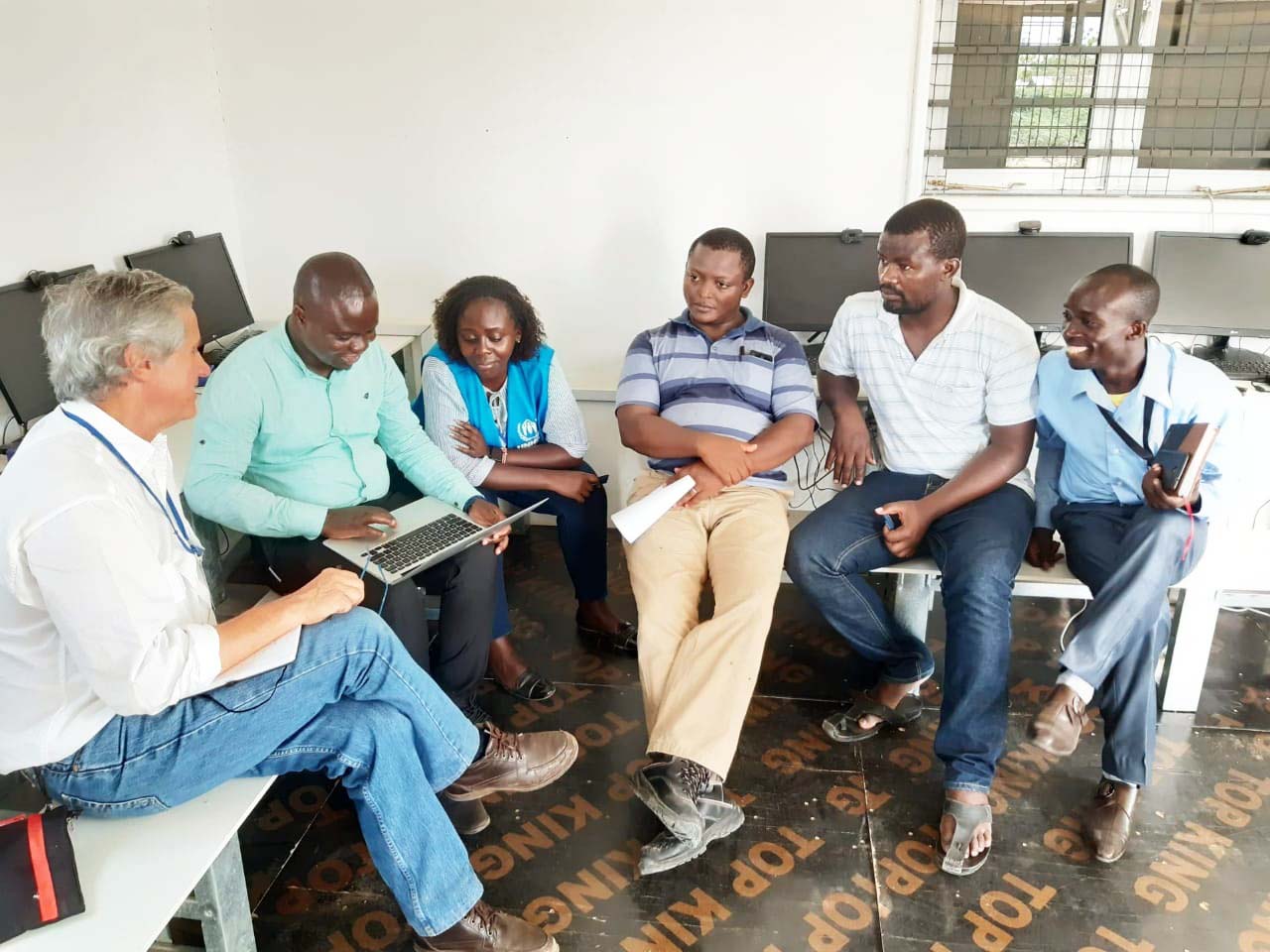 On World Refugee Day we catch up on progress at the solar-powered NURU ICT Access Centre at the Kakuma Refugee Camp in north-western Kenya, designed and developed by Crown Agents and funded by the Moving Energy Initiative. Resilience Action, our project partner, continues managing the Centre and is overseeing its formal handover to the community. In this blog Resilience Action’s Operations Director Vasco Amisi updates on progress and continuing aspirations for the hub.

It’s been over a year since the solar-powered NURU ICT Access Centre has been up and running at the Kakuma Refugee Camp in north-western Kenya, which is home to over 185,000 refugees from 19 African countries. Since its installation at the end of 2017, the Centre has become a hive of connectivity and is contributing to broader sustainable development goals around socio-economic empowerment, community cohesion and reducing carbon emissions.

In March this year Crown Agents’ involvement in the project came to an end and to mark the occasion Vasco Amisi and Samuel Omondi from Crown Agents Kenya delivered a presentation evaluating the project’s impact in its first year of operations. Some promising headlines emerged showing that over half of the hub’s users experienced digital media for the first time in their lives. Around 59% accessed email and social media to contact loved ones and communicate with the outside world, and 24% accessed education and learning.

The long-term ambition is to transition the hub to community ownership, but in the meantime while structures are put in place, Vasco and his team work tirelessly to grow and strengthen the hub to maximise the benefits it can deliver to Kakuma’s refugee communities and the host community outside the camp.

Vasco arrived in the Kakuma Refugee Camp in 2010 after fleeing conflict in DRC and after spending many years in refugee camps in Tanzania which were eventually closed down. Building on his experience of setting up youth empowerment groups in the camps, he became a founding member of Solidarity and Advocacy with Vulnerable Individuals in Crisis (SAVIC), a refugee-led self-help group established to curb barriers to employment among educated refugees who had attained qualifications in languages not formally used in the Kakuma camp. SAVIC was registered as an international humanitarian NGO in 2016 and is now known as Resilience Action.

Reflecting on the hub’s progress over the past year, Vasco says:
“The ICT Centre is a major asset that has made the Kakuma 3 neighbourhood a rapidly developing area. Just two months after launching the hub our technical engineer paid us a visit and noted that we were using just 18% of the solar battery power to run the facility. He recommended that we connect a few local businesses to the hub to generate extra income to sustain our operations.

“We decided to put together a proposal and identified potential customers. We received applications from mainly business people and realised that demand for the service outstripped the surplus power we could supply. This led us to expand the idea and we registered Okapi Green Energy Limited as an independent private company.”

Okapi Green Energy has attracted international funding, and from the ICT Centre, Vasco and his team are implementing a 20KW mini grid that will benefit 50 businesses and 150 households inside the refugee camp and surrounding areas. 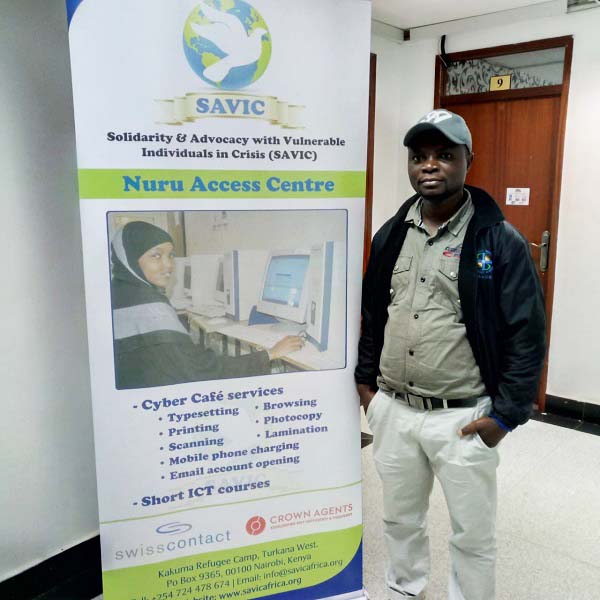 In addition to driving sustainability by supplying clean energy and helping reconnect refugees to family and friends, the business services provided at the hub have become an important administrative stop for new refugees in transit. Vasco explains:
“New refugees need lamination services because they want to keep their registration documents safer. Documents such as manifests, protection mandates and child birth certificates need to be laminated to avoid them getting damaged when it rains. The relationship between the transit centre and the hub is that they are very close and most of services provided at the hub are not available at the transit centre.”

Kakuma is situated in the second poorest region of Kenya and ongoing tensions exist between the host community and refugees. Facilitating social cohesion was a key outcome for the project and offering shared facilities is helping to counter perceptions that refugees in the camp have better access to education and health services. Excited by the results, Vasco says:
“Yes, truly speaking the hub has greatly helped to foster healthy relations and interactions. Many host community members have made new refugee friends whom they met occasionally at the hub while seeking services.” 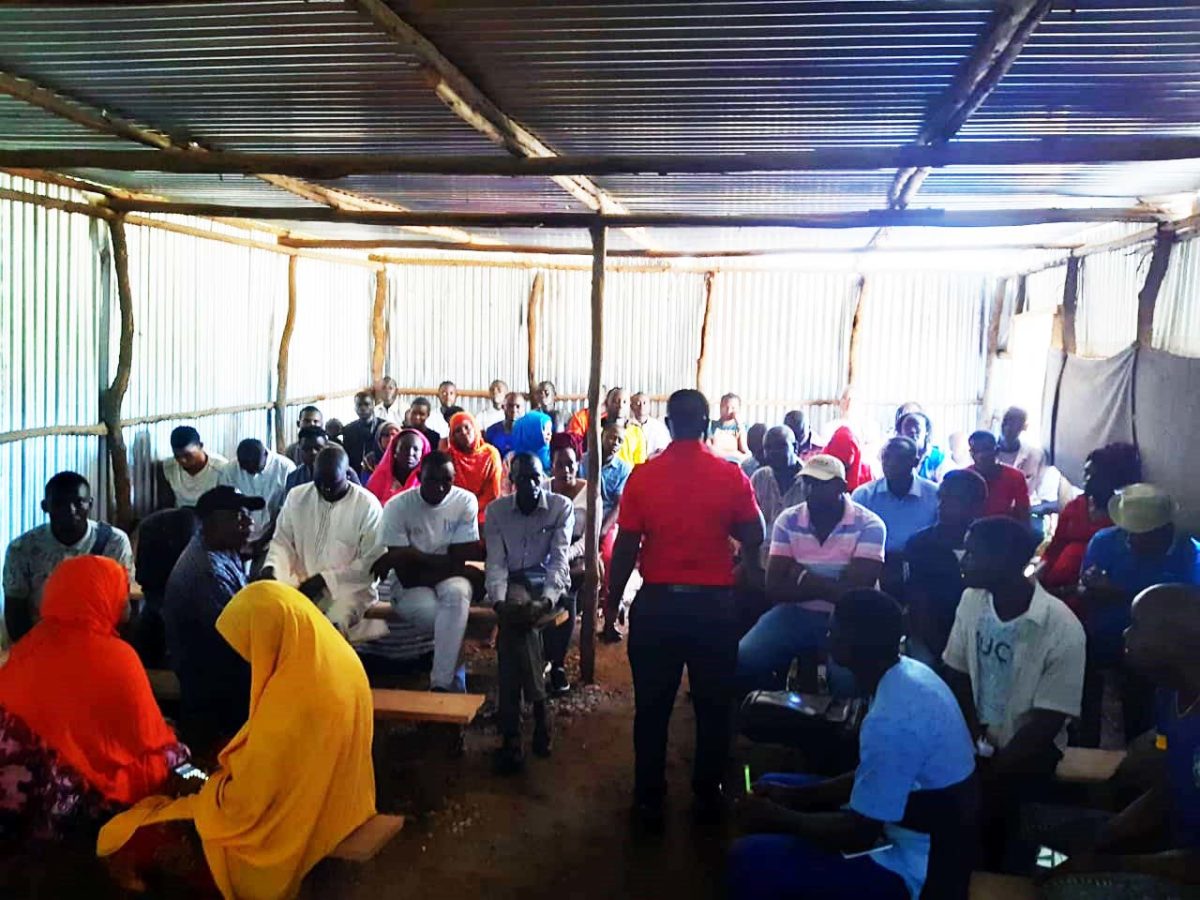 Like all innovative projects established in difficult environments there have been setbacks. However, Vasco emphasises that the challenge ahead is to see the Centre realise its original educational objectives, which have been hampered by shortfalls in funding for NGO-managed schools, currently unable to pay to access the hub’s facilities.

Looking ahead to the future, Vasco appeals to like-minded individuals with technical expertise who can help to make the project a success. He says:
“I would like to request support from anyone who is concerned with our project and who has technical skills and ideas to share that could contribute positively to our efforts. We are open to collaboration, dialogue and learning from others’ experiences to inform subsequent stages of the hub’s development and to build on its achievements.” 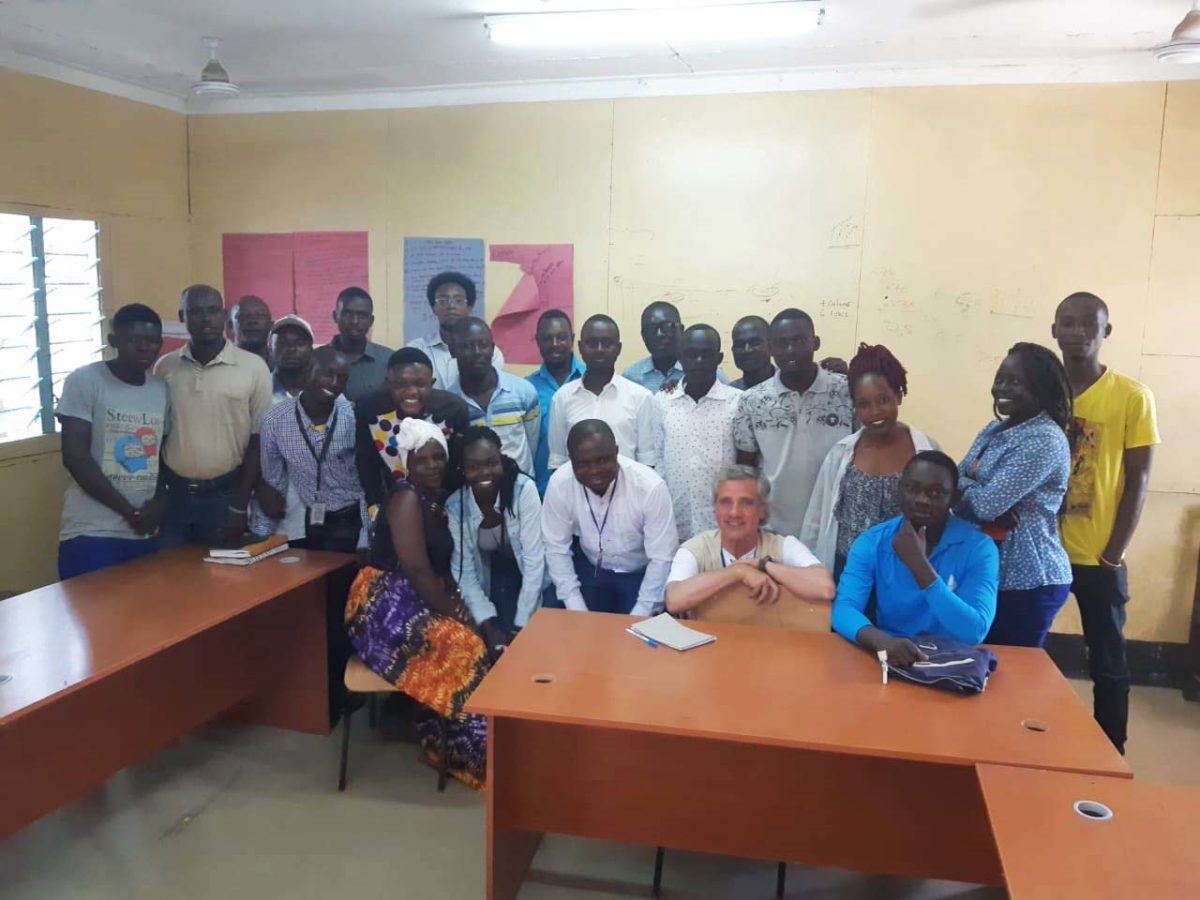