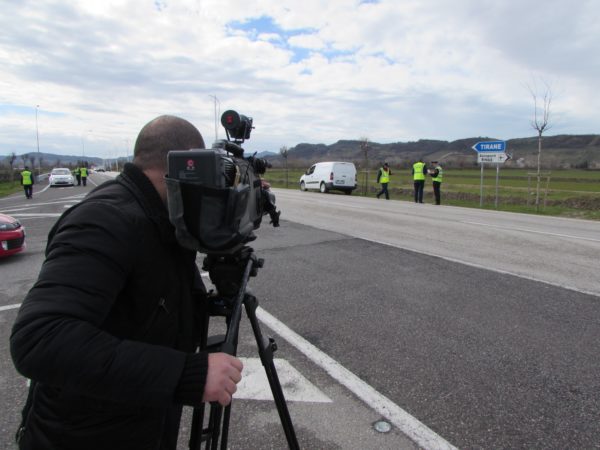 In December last year, India’s Supreme Court described corruption as ‘a national economic terror.’ It is of course important that the profound impact corruption can have is highlighted and the Court’s pronouncement is to be welcomed. But use of the word ‘terror’, did give me pause: Can and should all corruption be portrayed so starkly and lumped together so absolutely?

By adopting a blanket condemnation of corruption, do we risk oversimplifying a profoundly complex issue, arguably as has been done in the past in both the War on Drugs and the War on Terror? Is all corruption the same? Are distinctions solely about how much was stolen? Just as one man’s terrorist is another man’s freedom fighter so corruption can often be in the eye of the beholder. Are there no moral ambiguities? No grey areas? How about if you work in a system or organisation so rule-bound, over-bureaucratic and managerially atrophied that the only way to get anything done is to short-circuit the system? Stories where the hero breaks the rules and bypasses due process to get the job done are a staple of many police dramas on television and at the cinema. There’s even a name for it: Noble Cause Corruption. The greater good.

By thinking that all corruption requires the same response, do we risk encouraging those tasked with fighting it to focus their efforts on the easy targets? The junior staff. The low hanging fruit. Also, and perhaps counter-intuitively, by making it something special we make it easier for those in power to avoid dealing where it really matters by externalising the problem. A colleague of mine once asked a chief of police what he did about allegations of corruption among his officers. “Nothing”, he replied, without a hint of embarrassment. “Not any more. We now have an Anti-Corruption Commission to deal with all that.”

This is not an appeal to go easy on those who use their positions to cheat, steal and abuse. This is an argument for asking if we could perhaps be doing something more effective to stop it. But that can only begin when we stop assuming that processes developed for, and attitudes appropriate in, societies with strong civil institutions, adequately resourced social infrastructure, investigative journalism and ever fewer cash transactions, are infinitely transferable. We should also focus efforts on the most egregious levels and destructive types of corruption, not simply regard all as equally serious. We do this with other crimes: We distinguish between murder and manslaughter, felonies and misdemeanors, users and dealers. We should do this too with corruption.

This is not a new thought; in the early 1970s the Knapp Commission was established to investigate a New York Police Department riddled at all levels with corruption. What do you do when every cop is on the make? The Commission’s answer was to draw a distinction between those it termed Grass Eaters and Meat Eaters. The former are officers who accept gratuities and solicit low level payments because that’s just the way it works whilst the latter are those who actively and aggressively pursue opportunities they can exploit for financial gain. The implications of this distinction are that the Grass Eaters will change their behaviour with the circumstances. The Meat Eaters are criminals who need to be dealt with appropriately. It’s not about position or amounts stolen. It’s about levels of culpability.

This sounds to me like a sensible place to start actually doing something about it that might make a real difference.

Crown Agents’ works with governments and other agencies on activity designed to root out corruption in public institutions in order to unlock more funds for essential public services and economic development. We welcome the focus of the UK Government on anti-corruption. Corruption is a political issue, that changes the rules of the game. It requires a political solution.

Our latest Prevention and Forensic Investigation of Fraud and Corruption programme has just finished. To find out about our capacity-building programmes tackling governance issues, risk management, audit and integrity, please visit our training pages.