Visceral leishmaniasis (VL), or KalaAzar, and the associated Post KalaAzar Dermal Leishmaniasis (PKDL), is a neglected tropical disease (NTD) that is often difficult to diagnose and treat. Symptoms include a prolonged fever, weakness due to anaemia, and enlargement of the spleen and liver. If VL remains untreated, death is inevitable, mainly due to infection or other complications. Cutaneous and mucocutaneous forms of the disease generally do not cause death, but they can result in disability and permanent injury, which raises stigma and social prejudice.

As Bangladesh moves towards eliminating VL as a public health problem, passive detection of cases has become increasingly difficult and time-consuming, which increases the chance of re-emergence of the disease. Enhanced surveillance, an often-neglected approach, is an answer to this challenge.

Crown Agents along with partners Oriole Global Health, Abt Associates and the Royal Tropical Institute of the Netherlands, works with the Ministry of Health in Bangladesh as part of the UK Aid-funded Accelerating the Sustainable Control and Elimination of Neglected Tropical Diseases (Ascend) programme, supporting the ‘last mile’ elimination of VL and lymphatic filariasis. The programme has initiated enhanced surveillance in Bangladesh; in this case study, ASCEND ensured subsistence support for a young girl from a marginalized family and provided additional supervision to ensure she received appropriate treatment.

During a VL active case search field visit, the ASCEND team identified Easha, a 10-year-old girl living 170 km from Dhaka in a remote village with her parents. She is a member of a minority ethnic community and her parents are illiterate and work as agricultural day laborers. When the ASCEND team found Easha, she was malnourished with anemia, had nodules over her face and body, an enlarged spleen, and her skin had darkened to a coppery tint – classic signs of VL / PKDL.

Easha had received treatment following an earlier diagnosis of VL in October 2019 at a health facility 50km from her home. By June 2020, she had relapsed and developed post-kala-azar dermal leishmaniasis (PKDL), a complication of VL. Whilst PKDL causes nodular lesions, there is usually no organ involvement or physical discomfort, however cases of PKDL act as reservoirs for VL. Despite being referred for further treatment, Easha’s parents did not continue their hospital visits, stating as reasons their concerns about the distance to the hospital and related travel expenses, the need to take time off work (resulting in loss of wages) and their fears of Covid-19.

The ASCEND team visited Easha again and explained to her family the importance of re-admission to the hospital and reassured them all the necessary support would be provided. Due to Easha’s complications, she received customized treatment, developed in consultation with government VL experts. The treatment was successfully completed in September 2020. The ASCEND team continues to track Easha’s progress for the remaining period of ASCEND to ensure she does not relapse.

Thousands of people affected by visceral leishmaniasis in the world face similar challenges. ASCEND has started to tackle these challenges with the aim of ensuring long-lasting change in local health systems.  Sustained support is needed now and in the future, to ensure cases like Easha’s are treated in the most effective way, enabling people affected with VL to live productive and healthy lives.

ASCEND is supported by: 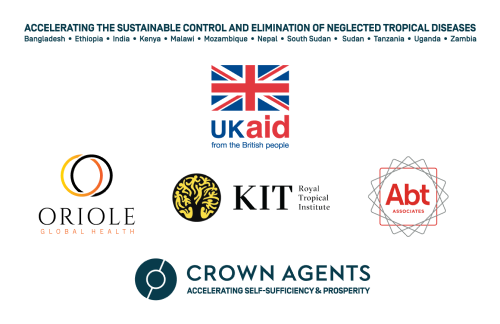 Changing behaviours to end NTDs in Nepal, one radio listener at a time

Changing behaviours to end NTDs in Nepal, one radio listener at a time