This week nomadic communities along the banks of the Zambezi River in the Western Province of Zambia will be among the first to benefit from efforts to eliminate trachoma under the UK Department for International Development’s new flagship NTD programme, which aims to combat five neglected tropical diseases across 25 countries around the world.

Lot 1 of the £220 million DFID-funded programme is managed by a Crown Agents-led consortium including Oriole Global Health, Abt Associates and The Royal Tropical Institute of the Netherlands in 12 countries in southern and eastern Africa, and south Asia.

Lions Aid Zambia (LIAZ) Executive Director and implementing partner Nicholas Mutale, is leading efforts under Lot 1 to eliminate trachoma in the Western Province by managing the implementation of mass drug administrations and surgeries for treatment and prevention.

Trachoma is an infectious tropical disease that can be prevented, but if left untreated it causes severe pain and eventually leads to blindness.

MDA implementation
MDAs take place over a five-day period and are designed to treat those actively suffering from trachoma and prevent those who do not have the disease from contracting it. An MDA is only considered successful if at least 80% of the population has been treated and the number of rounds required annually, depends on the prevalence rate in the region.

It can take up to two months of prior planning before an MDA can be implemented due to the scale of the logistics required and the need to build and navigate complex relationships with a wide range of stakeholders at national, provincial, district and community level.

Ensuring no one is left behind
Training and mobilising rural health workers and community volunteers is critical to the successful roll out of the MDA. Community volunteers, who also include teachers from the local schools, work in teams of three and are expected to administer the treatment to at least 200 people a day to reach an overall target of 1000 after five days. They play an important role in raising awareness of the upcoming MDA and the importance of taking the drug. Volunteers are specifically tasked with working in the communities they come from. Nicholas emphasises that this approach serves to ensure that even the most vulnerable people and families are included and helps to dispel any fears or suspicions. He says:

“We choose community health workers and volunteers from within their own community, so they have an understanding of their own catchment and know each and every family and the vulnerable people in those homes.

“There is also a strong sense of trust between the volunteers and the families because this is a person they live with and know has been oriented and trained in how to administer this drug. This is one critical component we use and rely on to ensure we are reaching as many people as possible including the most vulnerable.”

Raising awareness for prevention
As the MDA gets underway Lions Aid supervisors are dispatched into the communities to monitor and ensure that the quality of the administration is up to standard and in line with best practice. This also provides the window of opportunity to talk to people about the daily hygiene and sanitation measures they need to adopt to prevent re-infection.

“We encourage communities to make sure they wash their faces every day when they wake up in the morning. We talk to them about the importance of latrines, and hygiene and cleanliness in their homes and environment”, Nicholas says.

Overcoming challenges
However even when the essential groundwork has been laid multiple challenges can still arise, which Nicholas’ team have become adept at managing.

Physically moving the drugs from one point to another in very rural districts where there are no roads is one of the most critical challenges and incurs the most costs. Four-Wheel drives are the only vehicles that can navigate the terrain and volunteers often have to cover a number of kilometres on foot to reach the sparsely populated settlements.

Other obstacles can include persuading people with strong religious beliefs to accept and take the drug; carefully planning the MDA to avoid drug fatigue if another MDA has recently taken place; and staying away from times when there are elections.

“There are a lot of beliefs where people will say ‘they want to give us the drugs so that we won’t be able to vote for our preferred candidate’. Of course, over time people begin to understand that the MDA is not designed to harm them in any way.”

The weather is another critical challenge and taking into account seasonal factors is a key part of planning and decision-making for when an MDA can take place. Nicholas says there is essentially a window of six months between May and October.

“Seasonal aspects must be considered for the whole country, as accessibility is a problem, but Western Province is even more difficult because it’s a plain and once it starts raining we have tributaries or small streams filling up which we can only cross with canoes.

“The other fact is that the communities have a home in the highland and another house in the plains so they migrate and there is a chance that you will miss communities who have moved to a place where trachoma is said not to be endemic. That then becomes another challenge.”

Prospects for elimination
But in spite of these challenges Nicholas is optimistic that trachoma can be eliminated in Zambia.

He says confidently: “I think we’re on the road to elimination. I know that up to 70% of the endemic districts across the southern, northern and eastern parts of Zambia are free of the disease.

“Trachoma still exists in the Western Province because there isn’t much development and at 80%, the region has the highest poverty incidence. There isn’t much access to clean water and sanitation. To eliminate this disease you need to ensure communities have access to clean water to wash their faces – that’s a critical component and why the WHO SAFE strategy puts emphasis on facial cleanliness and environmental as well as surgical and antibiotic therapy.” 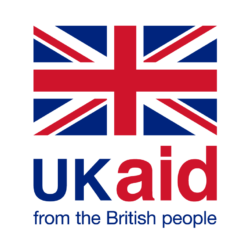 Read more about our work to combat NTDs

Decreasing the cost of solar mini-grids

Decreasing the cost of solar mini-grids