Breaking down gender stereotypes, one brick at a time 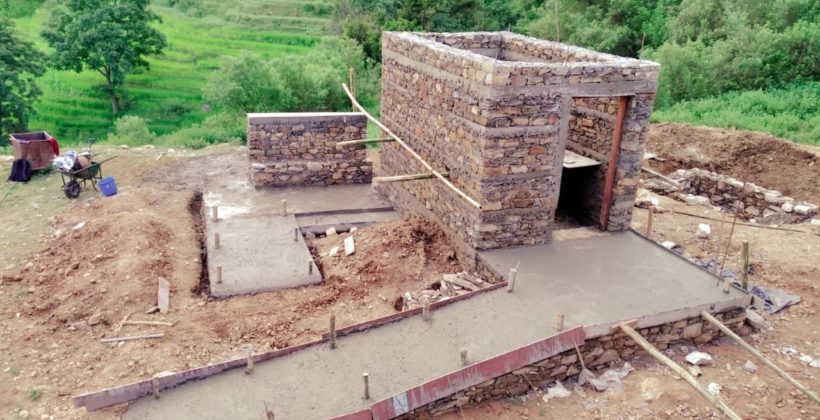 Many females in Nepal are defying traditional roles of women being limited to household chores and are taking up jobs in the male dominated construction industry to retrofit school buildings to be more resilient against earthquakes.

Following the devastating 2015 earthquake, nearly 8,000 schools had buildings that were destroyed or damaged so heavily they were no longer usable. Experts warn that future disasters are a question of when, not if, and preparing for major earthquakes across the region is vital for future schooling of Nepalese children.

Dhansara Subedi has become a labourer in her home district of Achham, where she works on the reconstruction of her daughters’ school. Dhansara contributes to all the same manual tasks expected of men working on the site. On a daily basis, she carries loads of bricks, stones, and metal rebar, as well as mixing cement and hammering in nails by hand.

She is employed under the UKAID Safer Schools Programme (NSSP), managed by the not-for-profit international development agency, Crown Agents. This programme works with local municipalities to identify and actively encourage female employees as well as local residents from marginalised social groups to ready schools for when future disasters strike.

Dhansara is just one of 118 women on NSSP that not only reconstructs over 200 school buildings in four Nepalese districts, but installs preparedness systems, such as school emergency drills and evacuation plans to minimize destruction in the event of an earthquake, or other frequent disasters such as landslides, flooding, and wildfires.

The recent outbreak of COVID-19 has hugely impacted the daily construction activities of Dhansara and her project team. School classes were suspended for more than half a year in Achham, and the labourers grappled with questions of how to safely continue building in light of the rapidly spreading virus.

“We knew people’s livelihoods would be hit hard,” says Leela Mulukutla, Crown Agents’ project team leader. “We wanted to make sure that whenever possible our activities continued to support families that needed income the most. Hiring women is especially important, as they are being hit the hardest by unemployment and the economic fallout of the pandemic. Ensuring women in households have their own earnings is one of the best ways to make sure families’ basic needs are met during this difficult time.”

To safely continue work, NSSP was rapid to procure personal protective equipment for the labourers as well as apply social distancing measures and run temperature checks for all on site staff. Building plans were also adapted to include extra handwashing stations and toilet facilities at the schools to encourage handwashing and hygiene practices, minimizing the transmission risks once classes resumed.

New payment methods were also considered. While cash is most used to pay labourers in Nepal, bank transfers were considered safer during the pandemic. Yet, a rapid survey in August 2020 of NSSP-trained masons showed that less than half owned a bank account. NSSP thus worked with local banks and financial institutions to help onsite workers set them up. For individuals with low levels of literacy, having support to make sure they had the right documentation made the process easier.

In many Nepalese families, men usually handle cash once it arrives into their household, and women do not get a say in how their own earnings are spent. With their own independent accounts set up, Dhasara and many of the women working on NSSP sites are now empowered to make choices on what their construction earnings are spent on. They are also paid equally to men, despite the construction industry tending to pay men higher wages than women.

“With getting payments through the bank, it has also been easier to save,” says Dhansara, “not only does my manual labour contribute to building a future for our youth, I can now put my hard earned money towards my child’s education.”