“Radical solutions built on deep experience” – opportunities and optimism, from our CEO Fergus

Tell me about your career before joining us

I started at Tearfund, firstly in Liberia during the challenging time of Charles Taylor which culminated in being East Africa Regional Director. During which I was co-chair of the Operation Lifeline Sudan INGO Forum, which included 50+ agencies and was at that time the biggest air bridge out of a non-military environment, with 60,000 metric tonnes of grain being dropped in one year by WFP. After that I got an MBA, then went into strategy and operations consulting with Deloitte where I worked on various big public sector change programmes, plus a secondment into Gordon Brown’s Treasury — an interesting time! Then I was part of the Tony Blair Africa Governance Initiative working in Rwanda with Prime Minster Makuza. Lastly, I joined Save The Children firstly as Director of UK Programmes then as Executive Director of Global Programmes.

That’s a real blend of commercial and development experience!

I think the international development experience is really important for the core of our work, plus having been within both government and consulting — I wanted to pull all that together to really focus on the mission of Crown Agents to transform the future for millions of people overseas.

What first excited you about Crown Agents?

I had worked alongside Crown Agents during what I think was the sector’s finest hour — the response to Ebola. I think sometimes people forget that at one stage, the world was tracking potentially 1.4 million deaths from Ebola. In the end the figure was still tragic but around 14,000–15,000 and the procurement machine that was Crown Agents- which delivered over 10 million items from 240 suppliers- was deeply impressive. So, I knew the great people and the powerful programmes all of that made me really excited about joining. 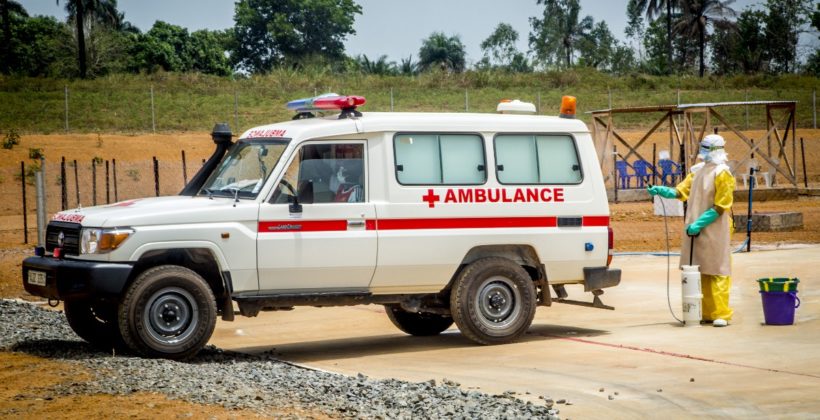 It’s a different world and a different sector to the one it was even ten years ago. What changes are we seeing?

You can either have the glass half full or glass half empty. If you want glass half full, there’s fewer children dying now than ever before from preventable causes under five, we’ve seen a billion people lifted out of poverty and there are more children in school than ever before. If you want glass half empty, we’re seeing a huge amount of humanitarian emergencies as a result of climate change, there’s growing inequity, not only between countries but within countries, and also we’ve witnessed the largest amount of refugees and migrants that the globe has seen since World War Two.

What can Crown Agents bring to the development sector in this context?

I believe our history of being on the ground in these operational contexts since 1833 is really important and blending that with an offer of innovation solutions across our consulting, supply chain, procurement and training portfolio. Governments are reaching out to organisations like ourselves to help them impact their people going forward. Some of our work in Ukraine has been incredible — taking 40% out of the cost out of their cancer drug supply chain. We’ve also trained tens of thousands of future leaders since the mid-1960s. With that offer we can walk through the door to governments as well as having evidence based conversations with people like the World Bank, Global Fund and USAID.

Have you been particularly surprised by anything that Crown Agents is capable of?

We sometimes hide our light under a bushel! We have been basically delivering the [Conflict, Humanitarian and Security, CHASE-OT] operations team for DFID since 1992. That is an incredible machine that has been on the ground very recently across the hurricane response. That’s a capability that we should be very proud of.

And there’s the history, too; Crown Agents was the first organisation that employed a lady as a clerk back in 1879. I think that’s the first time a woman was in a white-collar job in the UK outside of the mill. That’s ground-breaking work and I think we need to be prouder of what Crown Agents has achieved across the globe since 1833, and be better at showing how we’ve been breaking new ground, bringing radical solutions built on deep experience from that day to this.

We’re in our new office, which shows off some of the work Crown Agents has done over the course of that long history — what should people expect next from Crown Agents?

We’re really keen to show off the Crown Agents Foundation. People often don’t know that we’re owned by a Foundation, a not-for-profit entity, so any profits go up to the Foundation and are spent in our international development purposes and aims. Over the last year we’ve talked about the potential of frontier technologies like drones and blockchains, and I that that’s a really interesting role that Crown Agents can play for the sector.

I’m also keen to be a lot more propositional to governments where we can suggest solutions to their upcoming challenges today, whether that is in ongoing customs / taxation reform, reform of their supply chain or outsourced intelligent grant management.